Subscribe to the NewscastStudio newsletter to get the latest news in broadcast design and engineering delivered to your inbox.

LED lighting technology has reshaped our company in recent years. From screens of all sizes, to parking lot lights, to animated accent lighting in buildings around the world, the LED has replaced all other methods of creating light. Its versatility, efficiency and longevity have made it a staple of the 21st century.

LEDs produce little heat, consume much less electricity and have a significantly longer lifespan. Electricity is a major expense in a television studio both to run the lights and to remove the heat they create. It is not uncommon to see the power consumed in a television news studio in the top five digits.

Conventional light fixtures require bulb changes and other maintenance every year. Professional LED lights are good for a minimum of 50,000 hours of operation. It’s about 10 years of intensive studio operation.

What does it take to convert a conventional lighting studio to LED lighting? One example is a recent project carried out by the NBC subsidiary owned by Tegna, WKYC in Cleveland.

This included removing existing lighting, supplying and installing new LED fixtures, designing and commissioning a custom control system, and coordinating installation labor. I was brought in as the lighting director to design and specify the lighting system and define the appearance on the screen.

Lighting at the WKYC studio. Photos courtesy of Nicholas Hutak.

As LED fixtures have developed over the past few years, certain types and brands of fixtures have risen to the top. Although they last much longer than traditional light sources, most LEDs degrade over time because the phosphor that creates the color is mounted directly on the LED itself. Remote Phosphor luminaires protect against this waste by separating the phosphor which creates the color of the LED. This extends the color consistency of the unit well beyond the average LED life of 50,000 hours.

Although LED luminaires produce little heat, they are sensitive to heat, so cooling is essential. This can be done using fans or with passive cooling done without moving parts. My choice in a heavy use situation is passively cooled remote phosphor luminaires.

For this project, I selected BB&S luminaires as the main light source. Their Pipeline Reflect three foot, four foot, four row phosphor remote luminaires provide base and fill light. Zone 48, a smaller remote phosphor fixture, provides “softkey” light for each position. What I love most about these remote phosphor panel lights is the way they render the skin tones. They also have more punch, that is to say an apparent lighting power than traditional LEDs of the same power. 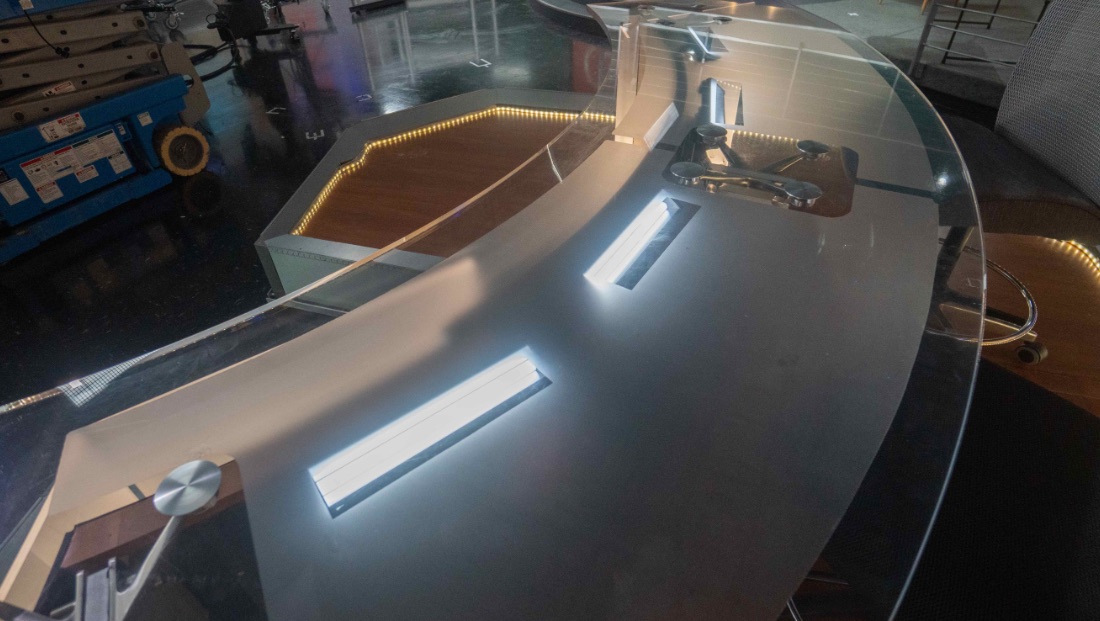 The 1 ‘Pipeline Reflect fits perfectly into the office providing all-important and flattering facial lighting. The size and mounting options of this small, highly efficient luminaire made it possible for the VLS team to install in an existing office. A new addition to the BB&S line, the Compact Beam Light is designed for excellent long-range backlighting at a distance of 25 feet.

The Chroma Key and Video Wall areas are always difficult. I was able to use BB&S Pipeline 6 ‘single bank units right above the screens and off camera to provide backlighting to presenters 3 feet from the wall. The same long, narrow fixtures work extremely well in the Chroma Key area.

As with many established studios, WKYC had several ETC Source-4 ellipsoidal devices in its existing inventory. I was able to replace the “light engine” of those old tungsten units with their LED retrofit, the Source 4WRD, a saving compared to a brand new fixture.

In addition, there is the DeSisti Picoletto. This very small and versatile Fresnel projector is designed for excellent backlighting in tight spaces around the edges of the studio. All the devices were at 5600 ° K. I find monitors and video walls to balance more easily at this color temperature.

The use of daylight balance was also suggested as the studio has exterior views in some areas. Unlike conventional fixtures which require filters to create colors, color changing LED fixtures can create millions of colors with instant precision control. Several were used to refresh part of the lighting of the decor.

All this technology must be mastered. Once operational, each presenter is placed in its position and personalized lighting for that individual is defined and placed in memory. The VLS CoPilot Broadcast system can then recall this setting either through studio automation or by dragging a presenter’s photo to its current position on a studio map. This is an invaluable feature in the world of shrinking studio staff. This whole set has been designed for future expansion, as the lighting control system itself has the ability to control much more than what is currently in use and can be programmed and maintained remotely by technicians. VLS as the needs of the studio change.

The complete installation took 5 days. One was for the demolition and preparation of infrastructure. It took three of them to hang on, focus, and do some basic programming. The last day was devoted to the visit and the adjustment. Work began several months in advance with a site visit and meetings with the Senior Manager and the close collaboration of the VLS team in Cleveland. Before the LED retrofit, the studio consumed 40,000 watts. It now consumes 7000 Watts. 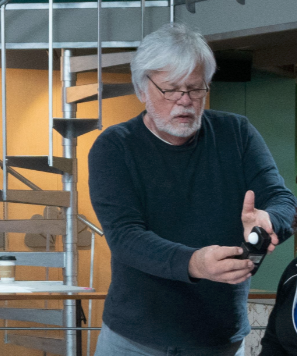 Nicholas Hutak is a two-time Emmy Award-winning lighting designer with 132 news studios broadcast on 4 continents to his name. He can be contacted at [email protected] or online here.